Tips regarding my collection:

Let me illustrate this by the example of Jim Brickman:

Moreover, I do not consider every CD on which Jim Brickman participates as a guest musician. The CD "Let It Begin" by Mike Eldred, for instance, is not included because the song "Hear Me" (composition and piano: Jim Brickman) was also released on Jim Brickman's CD "A Christmas Celebration".

Another example is the CD "You Are My Starship" by Norman Connors. It contains several songs which are sung by Phyllis Hyman. "We Both Need Each Other" and "Betcha By Golly, Wow" are, however, also found in Phyllis Hyman's solo works so that the CD should not be listed. But the song "Just Imagine" (sung by Hyman) can only be found on Norman Connors' album which made me list the CD.

Pauline Wilson shall serve as a last example. Her solo CD "Intuition" is not part of my list because her album "Only You", which she released five years later, includes all songs from the album "Intuition", plus four more songs.

These examples are meant to illustrate how my collecting process works and why some releases are missing from my list. Should you, like me, be interested to own every song of your favorite artist, you will find an exhaustive list on this homepage.

Enjoy!
This website is dedicated to the loving memory of the greatest songstresses of all time:

It is also dedicated to the two incomparable artists George Michael and James Ingram.

The world is a poorer place without you. 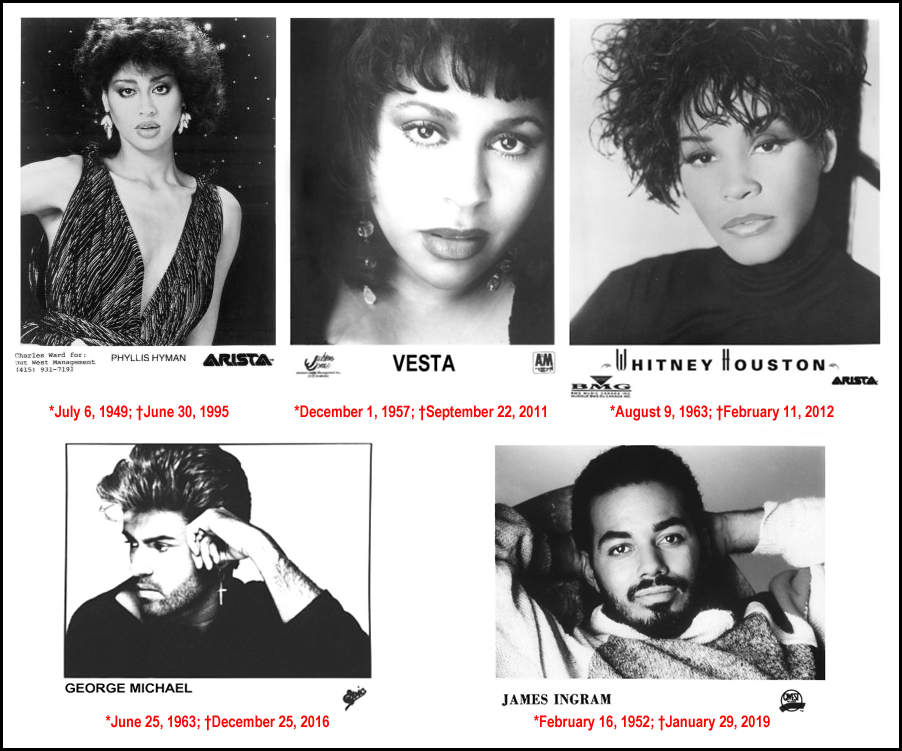